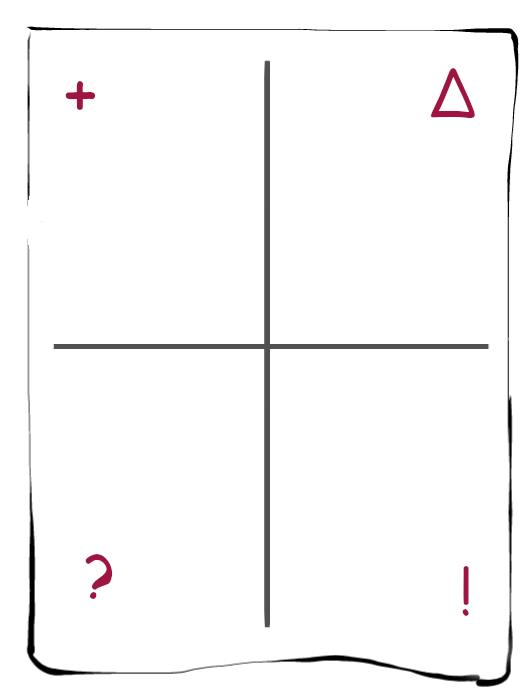 The Test Capture Grid allows you to collect all the findings that occur during testing and group them within the four factors.

The Test Capture Grid can be applied as soon as you start testing your prototype and can be refilled to the end of the process.

A grid full of insights is only useful if they are discussed and taken into account in the design of the next prototyping or test phase. Be sure to discuss the Test Capture Grid regularly with the team.